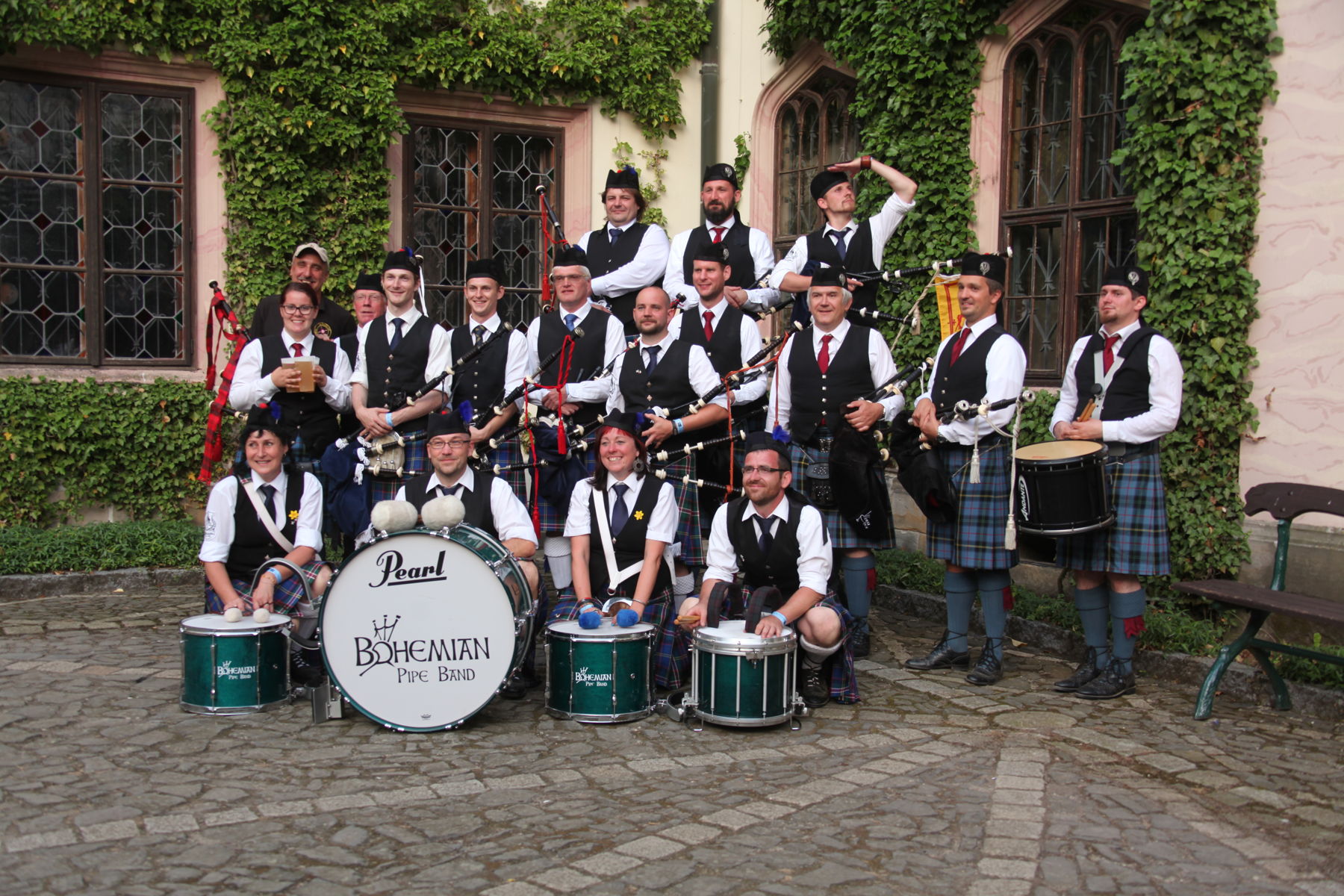 On the 27th August 2016, 7 members of the band made a long road trip to Sychrov in the north of the Czech Republic to perform at the Sychrov Highland Games 2016. The Sychrov games are held in the grounds of the spectacular Sychrov castle, and are apparently the largest European highland games held outside Scotland. The Vienna Pipes and Drums last performed at the Sychrov games in 2007 and a return to sample the excellent Czech hospitality and beer was long overdue. Thanks to the organiser Václav Rout for the invitation, and to our new friends in the Bohemian Pipe Band who we played alongside in the massed bands.