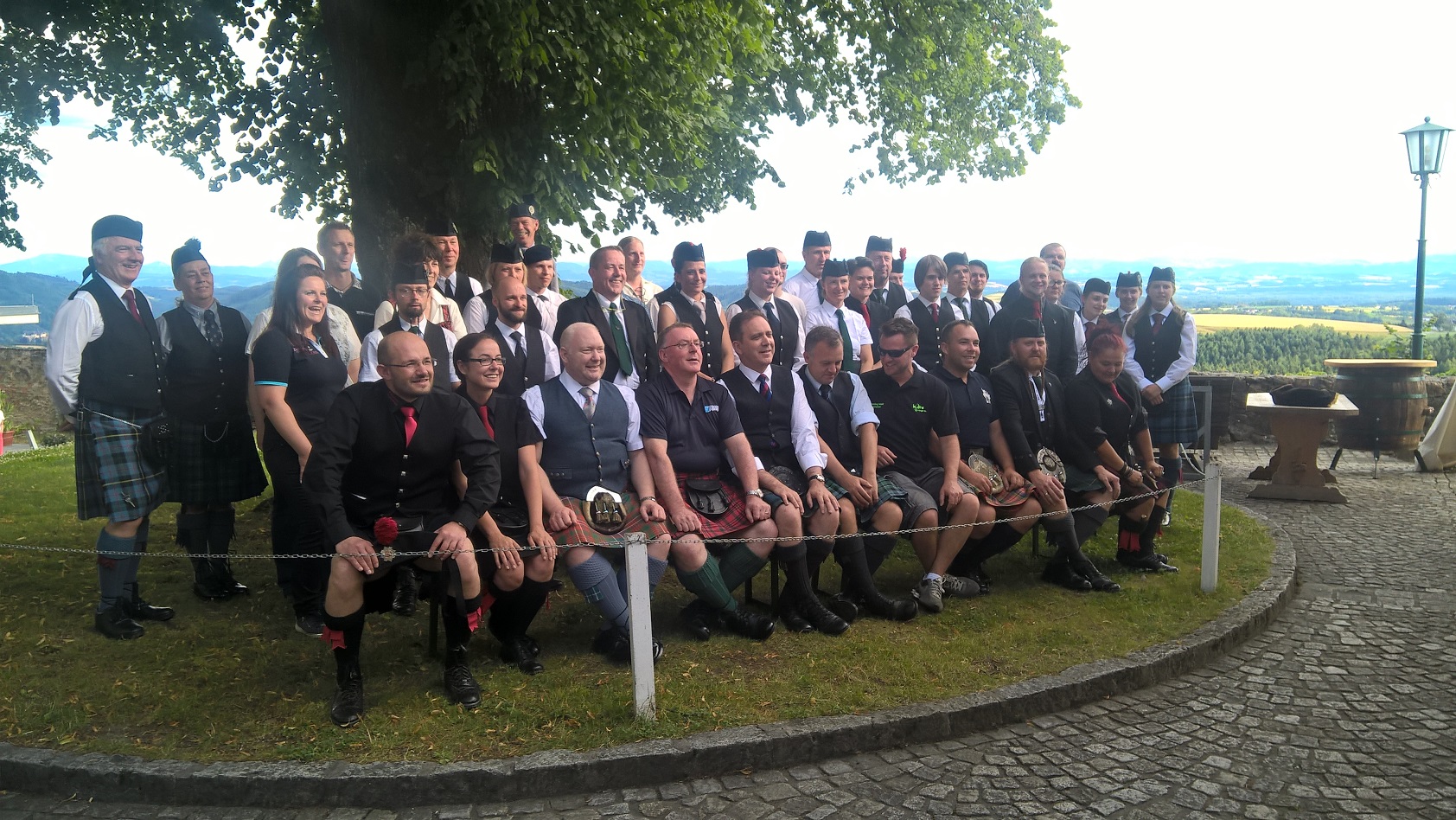 Vienna Pipes and Drums performed several sets on the castle esplanade just as a thunder and lightning storm broke. We were under a tent and the rain was warm though, which will probably not be the case in Scotland this summer when we compete in North Berwick, Bridge of Allan and Glasgow.

Our youngest member, Jake Beck, won the prize for the most improved player.

The Summer School was organised by Nina, Sylvia and Stephan – congratulation on yet another a well-run event! Looking forward to number 10!

Massed Bands from beginners to professionals

View from the Burg just before the thunder clouds rolled in

There are no upcoming events.